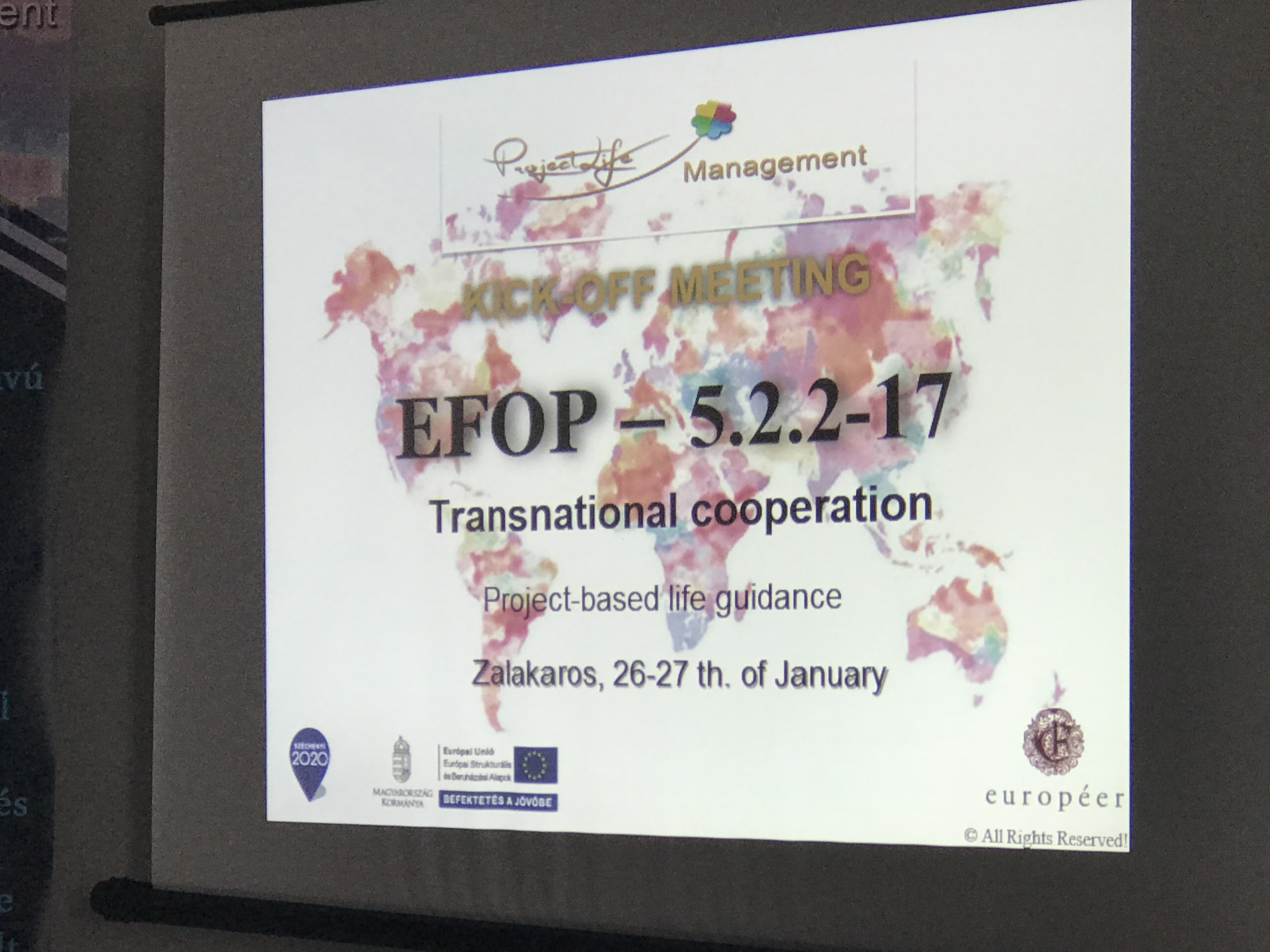 The first meeting of the project was organised by the EUROPÉER Foundation, tasked with actualising the project. This was held on 26. January, 2018. This was the first time the international partnership members met each other in the framework of the project. Apart from professional presentations, the most important task was to conclude the partners’ introduction, and stating their tasks and role in the project. During the meeting, we introduced the goals of the project, did an overview about the tasks of the partner organisations, and defined the most notable requirements.
Austria’s SIETAR Austria was represented by Barbara Covarrubias and Daphne Demetriov, Slovenia’s Opro Institute sent Tomaž Gerdina and Otto Gerdina, Croatia’s CEDEX sent Anton Florijan Barisic, whereas Slovakia’s Selye János University was represented by Dr. József Poór.
As the topic of the project – the service to be evaluated as part of the project, meaning the education of project-based life management as a perspective and competence – is based on a very unique concept, first, we had to make the precise definitions clear, where there were already initiatives to introduce project-based education in one form or another.
Our foreign partners were interested and open about the different ways of finding opportunities for project-based life management and education, and saw high potential in applying this research to their own homelands.
During the meeting, the most important parameters and milestones of the project were agreed upon:
Name of the project: PLM – Project Life Management
Related call: EFOP-5.2.2-17 – Transnational cooperatives
Code: EFOP-5.2.2-17-2017-00018
Tender participant: EUROPÉER Foundation
Partners in cooperation: four foreign partners
Project initiation: 01. 12. 2013.
Project ends: 31. 11. 2010
Naturally, beyond all the work, there was more than enough time for relaxing in the Aphrodite Wellness Hotel.